Apple Arcade was launched in September 2019, bringing a welcome sense of class and prestige to a mobile gaming scene that was pretty much swimming (for better or worse) in freemium and gacha mechanics.

If you haven't given Apple's subscription service a spin yet, here's how to get started. Let's begin by defining precisely what Apple Arcade is.

What is Apple Arcade?

If we were to define Apple Arcade with a pithy line, it might be 'Netflix for mobile games'. Or to be more specific, 'Netflix for iOS games', since you can only access it through your iPhone, iPad, iPod touch, Apple TV or Mac. Sorry Android owners.

Those Netflix comparisons are only accurate to a point though. While Netflix is all about streaming content, Apple Arcade is not. You must download each individual game in its entirety, like you would any other App Store game.

For just £4.99 per month, Apple Arcade gives you full and unlimited access to more than a hundred mobile games. And these aren't just any mobile games we're talking about either. 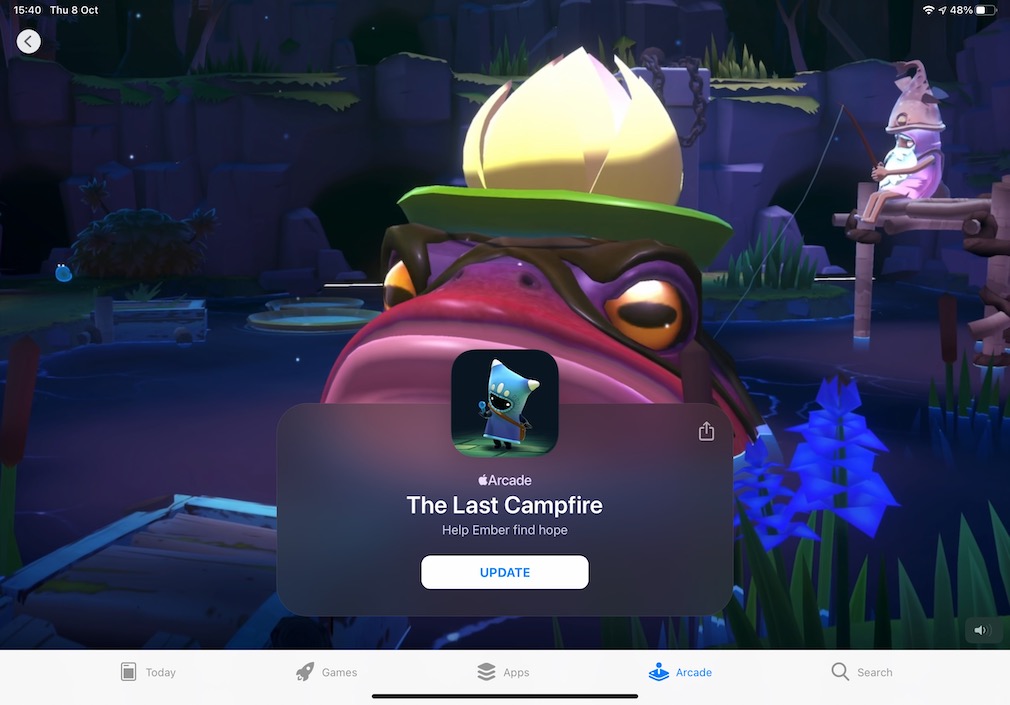 Apple Arcade games tend to be of a higher calibre than most of what's out there on the App Store and Google Play Store. They're fully fleshed out games with no in-app purchases or ads, strong controller support, and a high degree of visual polish.

These games also carry a degree of exclusivity to them too. Either they've been created specifically for Apple Arcade, or else they've been made in parallel with home console versions. The point is, you won't find any of these games on Android.

Will my device run Apple Arcade?

Basically, if you've bought a new iOS device any time over the past four or five years, it will almost certainly run Apple Arcade. Just make sure your device is running the latest version of iOS, and ensure you have plenty of space to download the games, which can weigh in at a couple of gigabytes.

How do I get started with Apple Arcade?

If you haven't signed up for Apple Arcade already, we've got good news for you. Apple will give you a free month-long trial, so you (and up to five family members) can check it out for yourself at no cost.

It's easy to sign up for Apple Arcade. Simply head into the App Store on your iOS device and tap the Arcade tab, which should be second from the right on the bottom row. Now tap the Try It Free button. 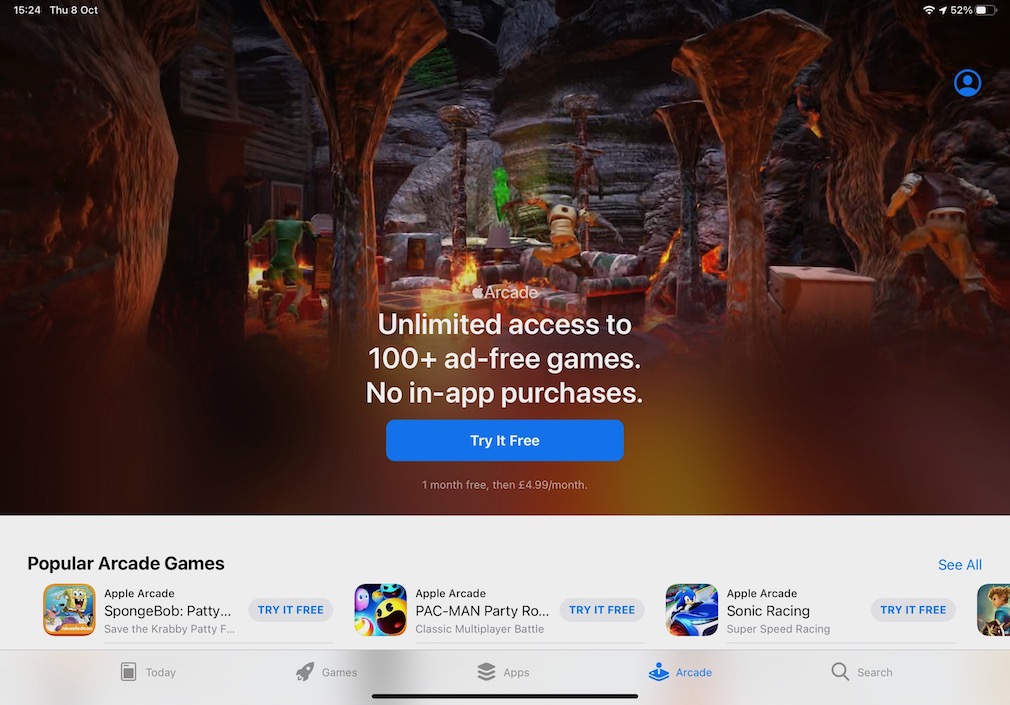 Enter your Apple ID details and hit OK. Verify if needed, and ensure that you have a valid payment method attributed to your Apple ID. Agree to all the terms and conditions, and you're done.

Where should I start?

It can be a little daunting jumping into a subscription service, especially one such as Apple Arcade where the bounties are so rich and varied.

Thankfully, once you're signed in, the Arcade tab of the App Store is a great way to get some suggestions. There are sections for Popular Apple Arcade Games, New Arcade Games, and Arcade games broken down according to genre.

Tap into any Apple Arcade game and you'll get a running video showing how it plays. Just tap Get to start the download. Our advice is to download a few at a time and have a play. You won't be charged any extra, and the only thing you really have to worry about is your data allowance.

But if you want some recommendations on specific titles to get you up and running, we can point towards a few gems:

Hello Games brought you Joe Danger and No Man's Sky. Together with the talent behind the splendid LostWinds games, they've come up with this charming adventure-puzzler that sees you guiding a lost soul around an ethereal limbo. This is the perfect game to download if you want to appreciate the sheer quality and scope that Apple Arcade has to offer.

One of the first games to launch on Apple Arcade, Grindstone initially comes across as yet another match-three puzzler. But it's much more than that, with a tactile swipe-based control system and a hyper-kinetic combo system that makes it feel more like a beat-'em-up than a puzzler at times. And it looks absolutely glorious too.

Sayonara Wild Hearts was the game Apple leaned on most heavily when it first announced Apple Arcade, and it's easy to see why. Beautiful to behold and quite impossible to categorise, it throws you into the middle of an animated J-Pop music video, in a glorious mish-mash of beat-matcher, auto-runner, and goodness knows what else.