By Will Quick
| 3 days ago
Android + iOS
More about Dadish on
Available on: Android + iOS

You should get your daily fruits and vegetables to stay healthy, but it's fun to imagine what such produce goes through before it reaches you. Thomas K. Young has provided some perspective on that with the pixel platformer Dadish. Even though platformers can be pretty chaotic and dependent on precision, those that take a more careful and gradual approach can be somewhat relaxing. You can feel this as you play through Dadish and attempt to fully explore each level and get through it in one piece. It's a classic pick-up-and-play situation with a pleasant tone that fits comfortably on mobile.

Single-word titles can be effective at letting you exactly what the content is about, especially if it's a portmanteau. That's what is happening with Dadish and it also helps to describe the story. You play as Dadish, a dad that happens to be a radish. Things kick off when this seemingly single parent falls asleep while watching his kids. The kids get distracted by moving objects and decide to chase after them. When Dadish wakes up and realizes what has happened, he bounces after his children. By using determination and surprising jumping skills, you'll have to help Dadish save his kids and deal with any threats along the way. 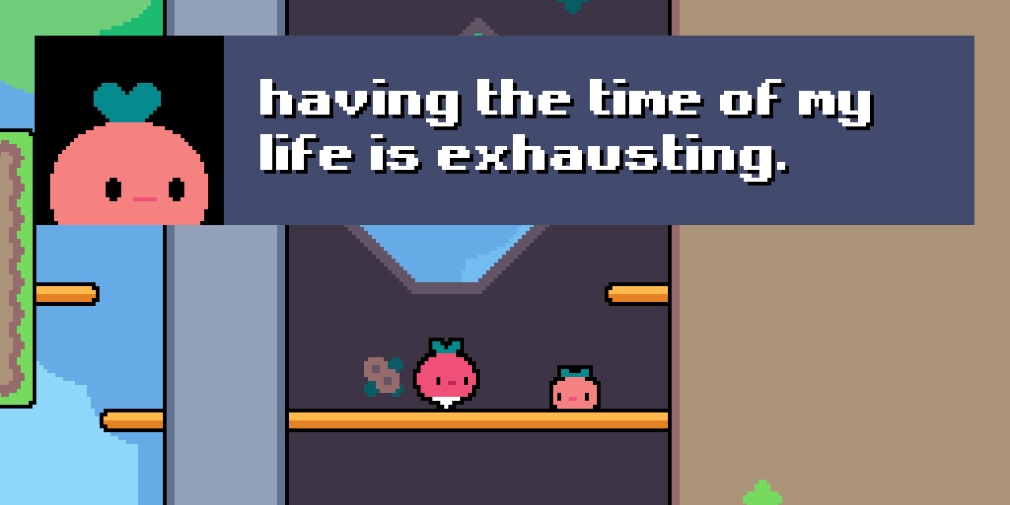 Radishes are not for everybody, but Dadish may be able to change your mind about that. It's what a casual platform game should be while still offering a degree of challenge. The controls are easy to learn so it all comes down to timing. The standard is a pair of left and right arrows in the lower left corner which move Dadish at a steady pace. By tapping anywhere on the screen, Dadish will jump, and a second tap gives him some more height. Since you can't defeat enemies by stomping on them, it's all about the platforms.

Dadish uses a classic level-based system which you can see from the world screen. Each one has an arrangement of platforms with enemies and hazards being introduced later on. The goal is to get to the radish kid at the end as smoothly as possible. Dadish can only take one hit, but he has infinite lives with the only punishment being getting sent back to the start or the last checkpoint. There's a gradual increase in the difficulty which never feels unfair or overwhelming and even if you do slip up a few times, levels are short enough that you can get back into the groove fairly quickly. As an additional challenge, most levels have a star hidden somewhere that challenges your attention to detail and platforming to grab it.
Dadish is simple and stylised 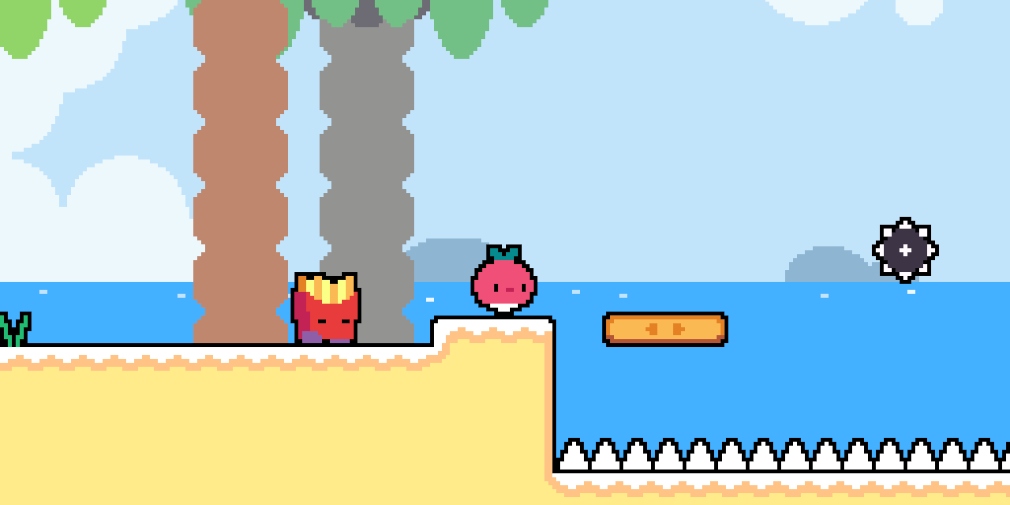 A 3D game on a phone is ambitious and puts a lot of strain on the phone, and that's why 2D tends to sit better. Dadish is reminiscent of some of the earliest pixel games while having a modern-day sharpness to it. All the characters are animated in a way that gives them a natural feel especially since almost all of them are bouncy. The environments are clean and colourful which offsets the dangerous look of all the traps and enemies. However, even the enemies have a friendly and comical feel to them, this is particularly noticeable in the bosses. Though there's not much in terms of narrative and dialogue, the little exchanges between Dadish, the radish kids, and the bosses provide a nice little sprinkle of humour to the overall experience.

Thomas K. Wong has gone on to create multiple games bearing the Dadish name, but the original came out in 2020. It has all that you could want from a casual cartoon platformer. A cute and determined protagonist going on an unexpected journey to save those close to them. The controls are clear and easy while the level provides a challenging obstacle course to use them. The visuals work to convey a feeling of fun and charm with some subtle humour and written jokes supporting them.

They say you shouldn't play with your food, but until radish is actually served on a plate, you may as well take it on an adventure.
More about Dadish on