As a product of 90s television, there is a special spot saved in my heart for robot-based destruction, courtesy of the masterpiece that was Robot Wars. Seeing the mechanical marvels throw down was always exciting, and left an affinity for the genre, which continues to be stocked with fantastic robot-battling games such as Mech Arena.

Gaming has certainly come a long way since the days of the PS2 Robot Wars game, where weapons broke upon the slightest provocation. Now, with games like Mech Arena, players can simply whip out their phone and fire off a perfectly aimed salvo of rockets to knock the gear out of a poor robot, and it is a marvellous time to be alive.

The sheer amount of customisability in this game is mindblowing, and that's putting it mildly. For a game like this, the developers could have just given the option for pre-made mechs to pick from and left it there, but they went impressively beyond this. There is a huge range of truly unique mechs to choose from, countless weapons to select from, and then recently added pilots to match. 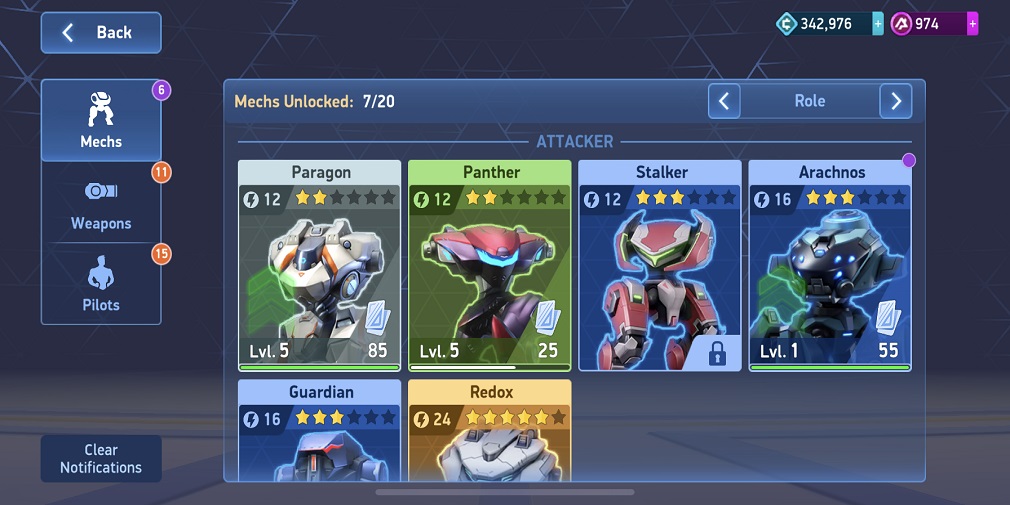 Starting with mechs there are five classes; Attacker, Scout, Tank and Support, and each role has at least four mechs to choose from, each with unique skills. For Attackers, you can pick Stalker, whose Predator Drive causes them to deal and take more damage but heal after each kill, or you could pick Panther, an attacker who can deploy a Stasis Barrier to block enemy attacks, the best of both worlds.

On the other hand, for Tanks, The Juggernaut has a personal shield to boost defence, but the Brickhouse can Overcharge and increase weapon damage. Each class has general advantages and disadvantages, but these unique skills add a huge impact on strategy, as does the choice of weapons. 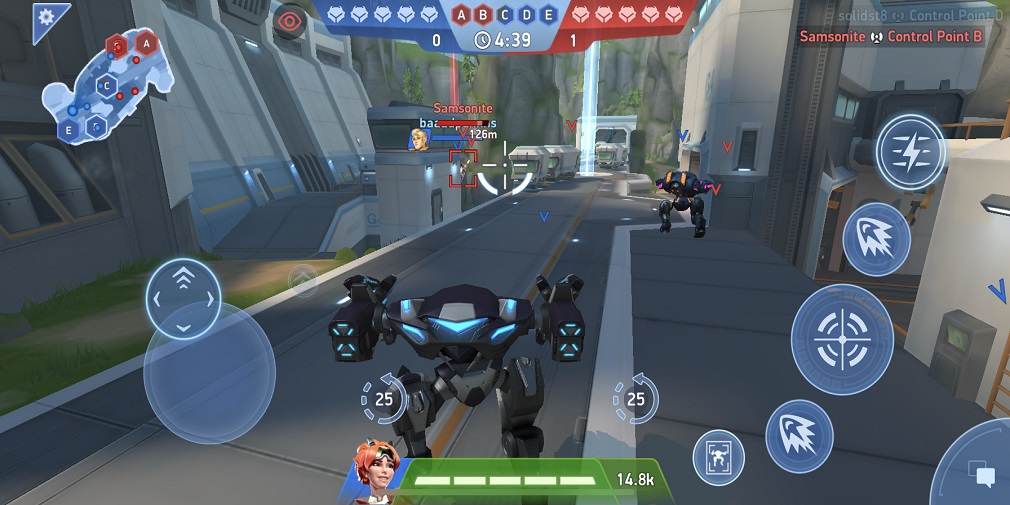 There are eight flavours of weapons to choose from, including Snipers, Artillery and Assault Weapons, each has a lot of choices but for the most part, they do the same. Beam weapons are continuous streams of damage, Close Quarters are shotguns you need to be close to your foe to be effective. Standard stuff, but they change the Mechs' role massively. Do you equip a scout with Close Quater weapons and use their speed to get close for max damage, or do you pick Missles and run around as a speedy rocket spewing ankle bitter?

It is not enough to choose one weapon though, as each Mech wields two, and they can be from two different classes, and this opens up a world of possibility. Two assault weapons will really deal damage when fired together, but one assault and one artillery weapon lets the Mech be a threat at all ranges. Finally, the newest implementation of Pilots will provide passive buffs to specific weapon classes, and these Pilots can be given implants for more specific buffs, i.e extended mag sizes for specific guns. 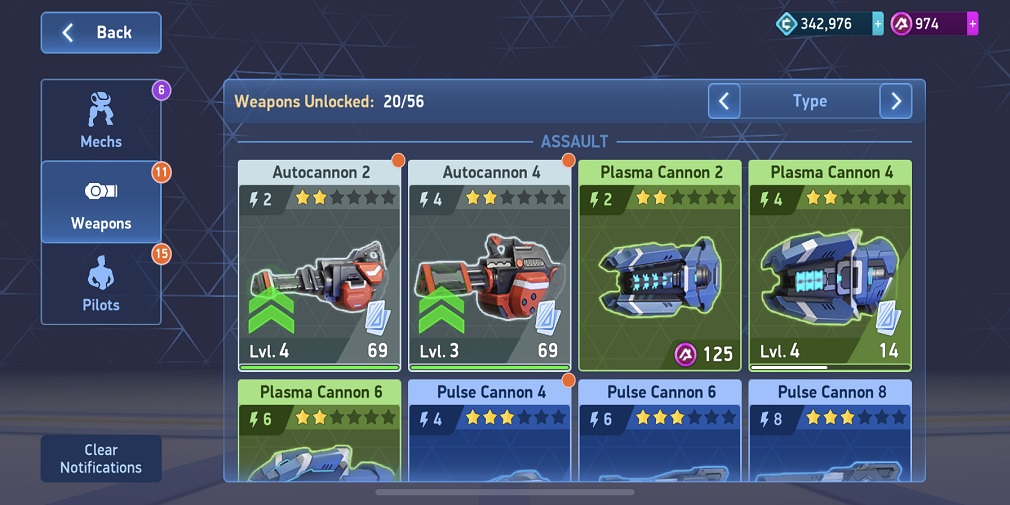 No other mobile game comes to mind that matches the sheer scope of choice Mech Arena provides. The ability to decide to pick a defender Mech that can periodically deal as much damage as an attacker, or a scout that can leap over walls and unleash a barrage of artillery fire, or even more unique playstyles make this truly a game to play in any way desired, it is phenomenal just for that, and that's without the actual gameplay.

There are two main modes to choose from in Mech Arena; Control Points or Deathmatches, either 2v2 or 5v5. Deathmatch, as its name suggests, is a contest to see what team can destroy the most opponent mechs. If a player has one mech destroyed, they can respawn after a short timer in a new one, to keep the action flowing. 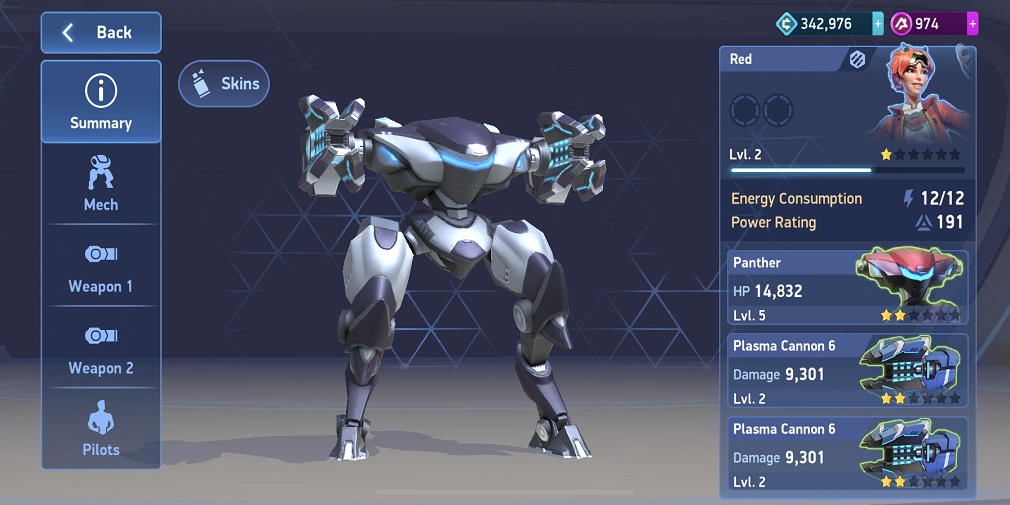 Control Points is your standard capture the flag, where teams gain points by holding various control points, or they can win by destroying all opposing Mechs. It is a fun mode that offers another way to win, but the main focus will always be the combat because it is just so fun. Having to deploy skills at the right time and carefully choose when to reload or conserve your bullets to not be a sitting duck. With two weapons you can reload one at a time to not be completely stuck. Also when respawning, the challenge of choosing which of your five customised Mech would be best to combat the enemy is always interesting.

The combat of Mech Arena is incredibly fun, no doubt about that for a second, but it's the depth of creation really makes the game shine. Being able to customise your Mech in that much detail and see it shines on the battlefield is incredibly fun. Mech Arena is easily one of the best shooting games on mobile, and it's free so no reason to not give it a go.
More about Mech Arena: Robot Showdown on