By Shaun Walton
| 1 week ago
Android + iOS
More about UNO! on
Available on: Android + iOS

Against every bit of conventional logic, a lot of the most popular group games of early technology days were ones that involved sabotaging other players, such as the thoroughly entering card game Uno.

Maybe it's the character building, maybe adversity made the victory sweeter, or maybe we all just love that look on someone’s face when you hit them with a Draw 4. Whatever the reason, they are a right of passage for all.

Luckily you no longer need a deck or a table to revel in the relationship-busting fun of Uno, with the game being ported to mobile under the watchful eyes of owners Mattel. Whilst it would have been easy for them to churn out a bare-bones version, Mattel teamed up with prolific mobile developer NetEase to form Mattel163 and ensure the best ongoing service for fans of Uno. 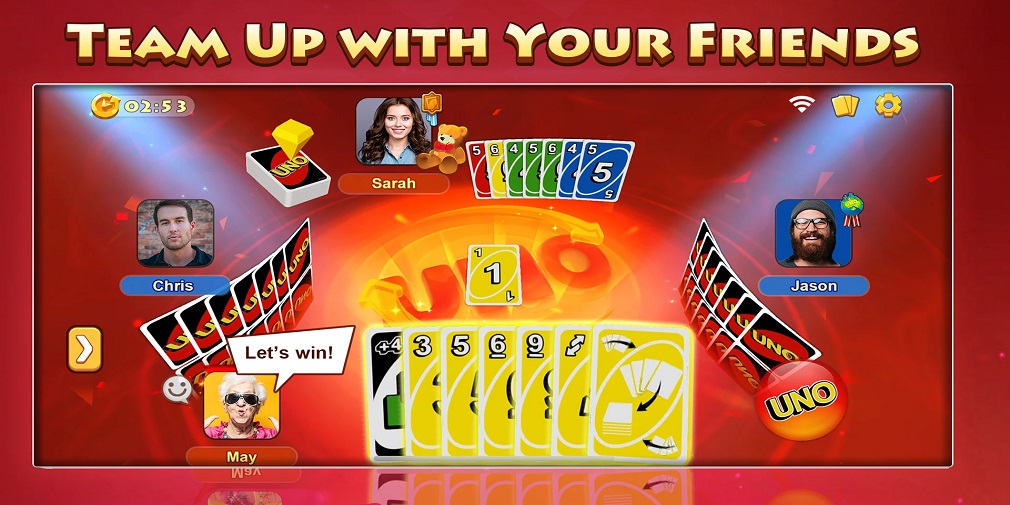 The primary gameplay hasn’t changed much from the standard game, with the objective to discard all cards in the player's hand. There are the same four colours with numbers 0-9, reverses, the colour change cards, and, of course, the plus 2s and plus 4s. As of now, there is only the standard deck to play with, Matell163 haven't ported over the special decks like the Farcry or Rabbids ones from console versions.

One of the reasons for this omission might be because of the new time limit of 3 minutes that each game now has. Those that remember playing the card game may recall a game can last for an incredibly long time. Some of the most fun moments come when a player who was sitting pretty with two cards suddenly gets ganged up on and ends up with twenty. Whilst a 3-minute limit all but removes the opportunity to do that, it does allow players the chance to fit in a game whenever they have the opportunity. 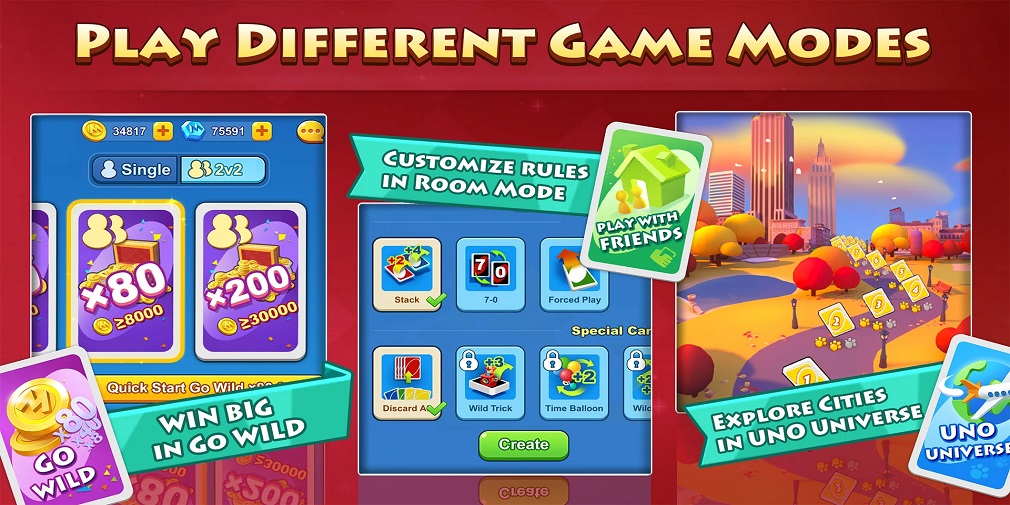 There are two permanent game modes to choose from; your standard four-player free for all, and the lesser used but quite fun 2v2. The free for all is like the Uno games from your childhood, a lawless wasteland where all you have is a hand of cards and danger at every turn. In addition to the 3-minute game timer, there is a smaller timer when choosing your card, to keep the action moving. The timer speeds up when the game is under one minute, which is a very clever move to prevent the leader from just sitting on their hand.

This most classic of Uno modes, even with its limitations, is incredibly fun. The gameplay remains as simple as it always has been, but that's the beauty of it. When playing, you are able to select other players and send them gifts, which is a nice touch for the whole good game vibe players should have. However, the most common purchase is people throwing pies at each other when hit with the Draw 4s. It's definitely a silly addition, but it's all in good fun. 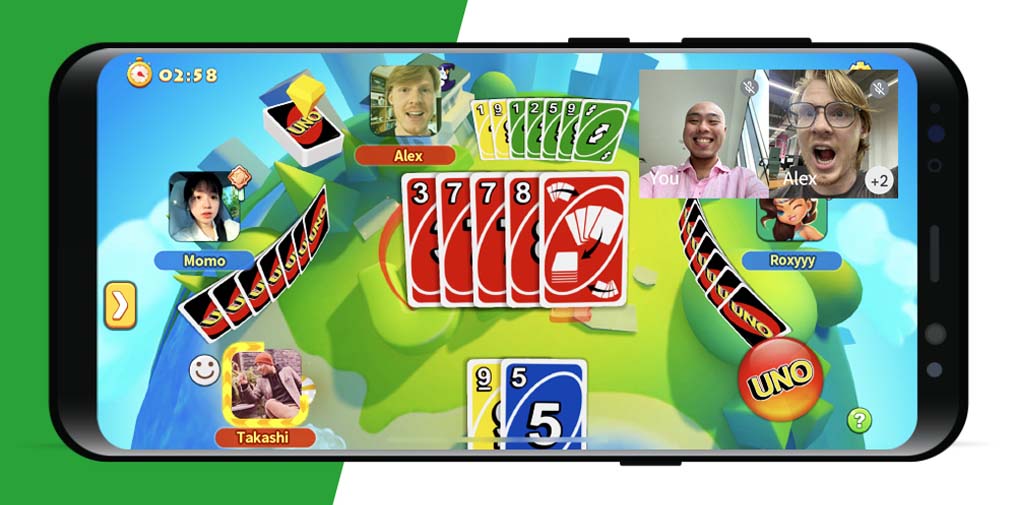 As fun as it is to play solo, 2v2 is also a decent time. Two players pair up opposite each other and can see their teammate's hands so it's possible to plan ahead. There's no voice chat, but like the present option, players can use emotes and quick chat phrases to communicate. There are even team-only quick chat options so the other team won't know what colour is needed. It's not the most in-depth communication system, you won’t be able to devise a whole gameplan, but it works well enough for Uno.
Whilst these two game modes are permanent fixtures, Uno offers some additional modes to keep the action fresh. There are Tournaments that switch day to day and add modifiers to matches, introducing new mechanics, special time-limited modes like a 1v1 mode, and a Go Wild mode open on the weekend to score a ton of coins used to purchase in-game items.

On the whole, while it does experiment a bit with its special modes, the Uno app keeps it simple for the most part, and that is exactly what makes it a brilliant version of the game. The Uno card game is fairly basic, but it gives such joyous, laughter-filled times, and the Uno app is a very acceptable substitute for the real thing.
More about UNO! on