Botworld Adventure is a mobile RPG that answers the question of what would happen if the old Digimon World games and Robot Wars franchise came together. The result is as amazing as it sounds.

When the game begins, players create their avatar from a choice of multiple anthropomorphic animal options; dog, cat, rat, lizard or buffalo. Why animals? Who knows, but I suspect it was solely so they could write paws’d on the battle screen. It also creates a world that is a bit more interesting than just having the same old humans stumbling around. When the character is created, they announce their intention to become the greatest botmaster in Botworld, which is one of the most motivating titles I have ever chased. 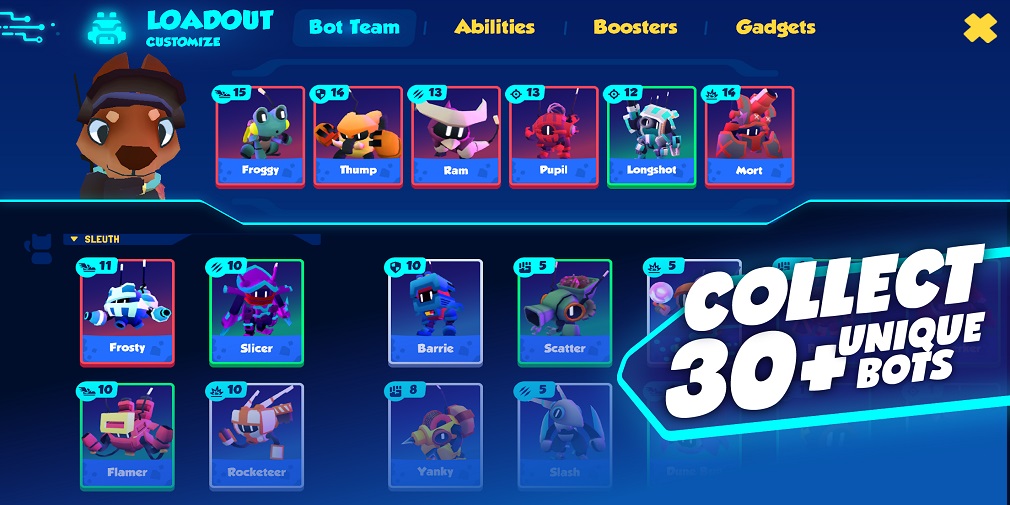 The first introduction to these bots you will control comes in a very recognisable format; you get a choice of three bots to be your first partner. However, the character who offers this choice is your father so it's totally different to Pokemon. The three choices are called Ram, Thump and Froggy, each with their own stats and battle role. After picking your friendly little robot buddy, you immediately encounter a wild bot, where the interesting stuff begins.

Contrary to what you might be thinking right now, this is not a turn-based game. At the beginning of each battle, the player chooses where they want to place three of their bots on the field, taking into account the location and roles of each of the opponents. It is a neat little mechanic that lets you plan your tactics and how to best counter the enemy. 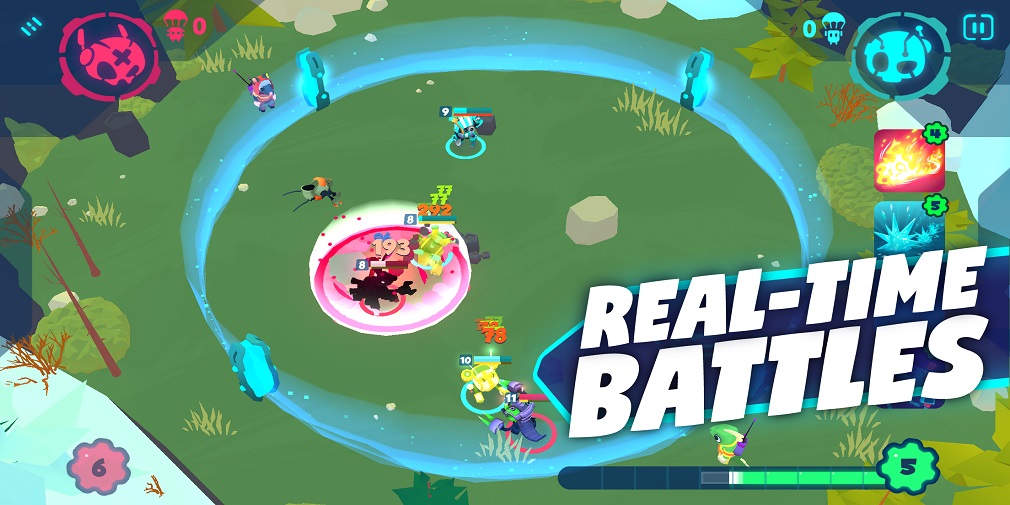 When the battle begins, after you are greeted by a little animation of your buddies falling out of the sky, which never fails to amuse, you are now hands-off as the robot's AI controls their actions and movement. Whilst watching the bots scrap, players can help out by using abilities from their botpacks to influence the battle, such as firing missiles at the enemy or shielding one of your friends from damage, and when chosen well you can feel your impact on the otherwise automatic bouts.

Whilst wild bot battles are fun, the real entertainment comes from battling with other botmasters. To start, placing your bots plays out alternately. You place one, then your opponent places one, and so on, so you need to change tactics on the fly. Secondly, each botmaster has reserves they can send out when their bots fall, so battles last longer. They can also use their botpack abilities to influence the matches in their favour. Finally, when you encounter two or more enemies at the same time, it kicks off a gauntlet system where the battles will follow each other without a chance to heal, so you need to manage when to send your bots out and their remaining health. Every battle feels like an intellectual affair, but botmaster fights are the most exciting. 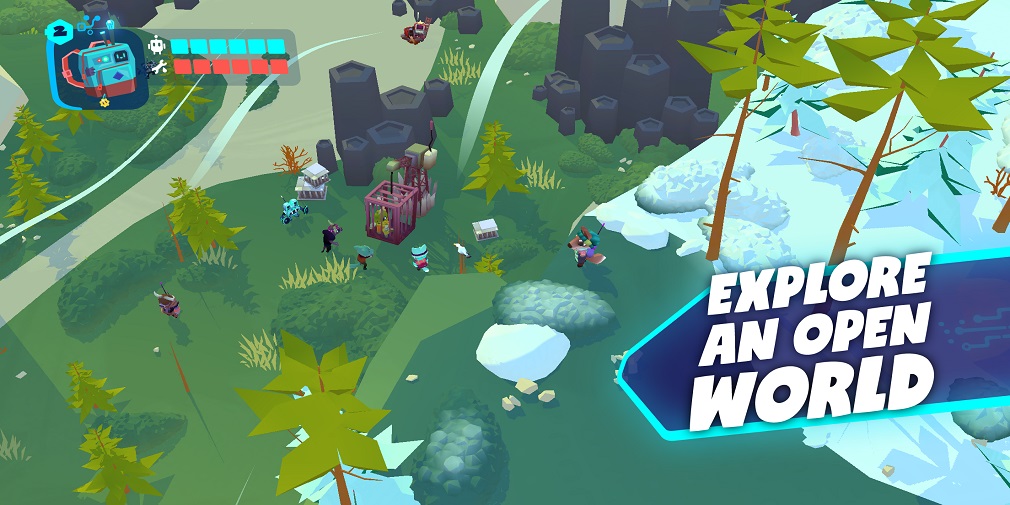 Outside of battles, there is still a lot to do. By exploring the world you can collect a bunch of scrap and items, which can be used to create new bots in conjunction with schematic drops from wild bots or to upgrade your little robot buddies to make them stronger in battle. In addition, after taking part in fights, the bots will amass AI experience to level up, which will offer a choice of two passives. For example, the first level up for Ram offers the choice to reduce the cooldown of one of their skills by 25% or give another skill a 15% stun chance. Each of these choices will massively affect a bot's power and will drastically change its tactics in battle, and making these choices feels incredibly important and game-changing.

Overall, Botworld Adventure is a very fun game that takes the companion battling genre and adds a refreshingly new gameplay twist to it. Especially for a free game, it is very in-depth and incredibly enjoyable to play, and whilst there are microtransactions it can be played fully without spending, so there are no reasons to not give it a go. After all, who doesn't love robots?
More about Botworld Adventure on

Great mobile games you can enjoy with a controller

Getting started with Pokemon Go