Never in my whole life did I imagine I'd thoroughly enjoy seeing an ant and an otter go head-to-head in a battle of might and mettle. Super Auto Pets does exactly that, and while the whole thing is as bizarre as it sounds, it's incredibly compelling when you throw all logic out the window.

With my army of adorable critters, I went through wave after wave of enemies during my playthroughs just to nab that sweet, sweet trophy - but while the game got me hooked in a pleasantly surprising way, will it have the same engaging effect for you?

The beauty of Super Auto Pets lies in its simplicity both in its gameplay mechanics and in its visuals. The titular pets are presented in such an adorable manner, each one of them looking like they wouldn't hurt a fly (but then would butt heads with a whale if they needed to). 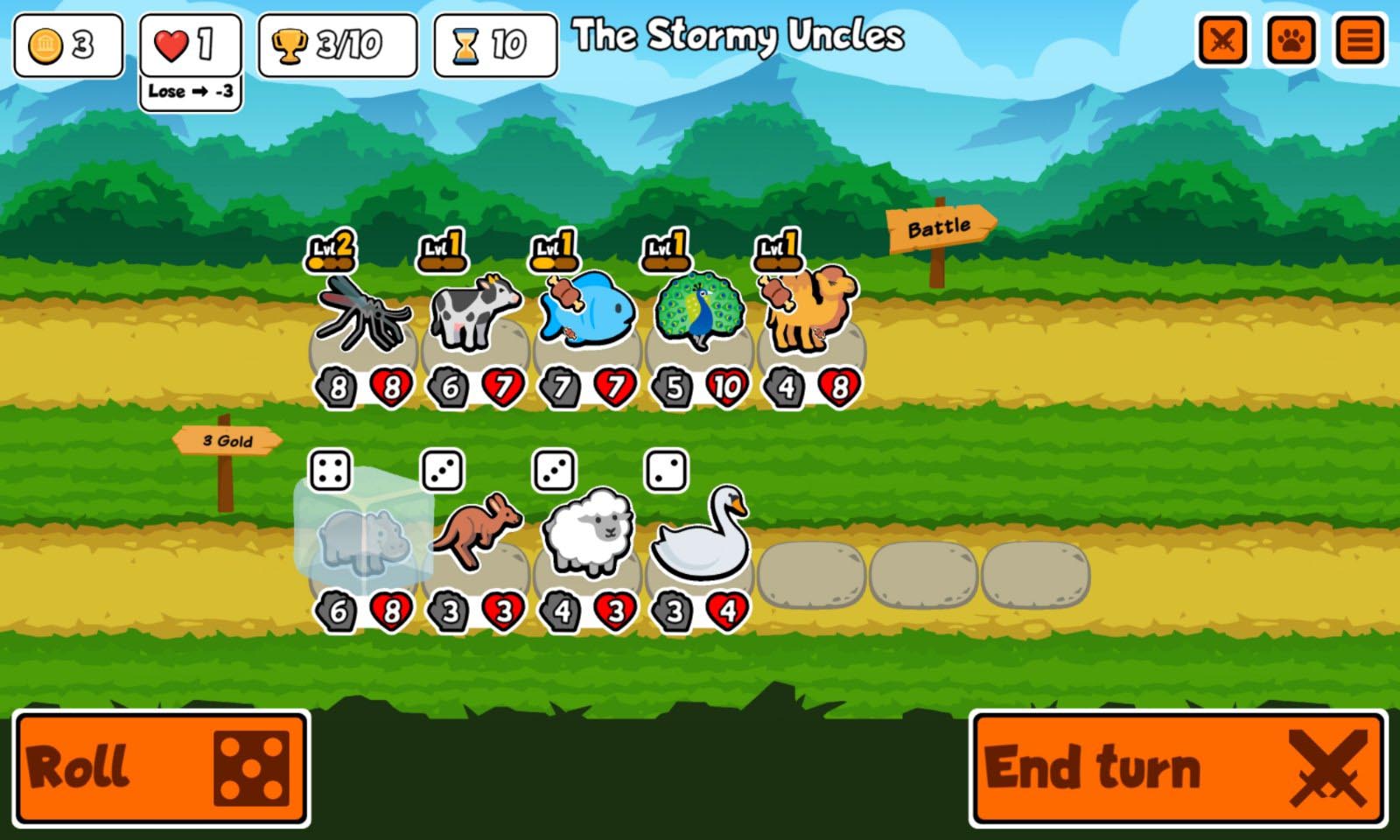 The lovely music in the background is as minimalist as it is effective, lulling you to a false sense of security during the preparation stage and pumping up your adrenaline during the actual battles. You can also collect cosmetics for your pets to don them in charming little hats or set up their backgrounds across a variety of landscapes. Everything from the spider to the mouse is just so darn cute that it's a shame I'd have to pit them in a neverending battle to the death with each round.

THE GAMEPLAY OF SUPER AUTO PETS

As the title of the game suggests, the mechanics are pretty similar to auto-chess in that you'll have 10 coins to buy either new pets or new food items during the preparation stage. Here, you can choose to level up existing pets, sell old ones and replace them with new ones, buy food to feed them to boost their stats, or use your coins to roll for a new set of choices in the shop.

All these will really put your strategic prowess to the test, as it gets progressively more difficult to pick one over the other. Do you prioritise levelling up a certain pet to increase its attack and health, or do you sell it in favour of a new pet with a different set of skills? The abilities of each pet vary in their tactical advantages as well, and you'll often have to pick the ones that synergise well with the rest of your team. 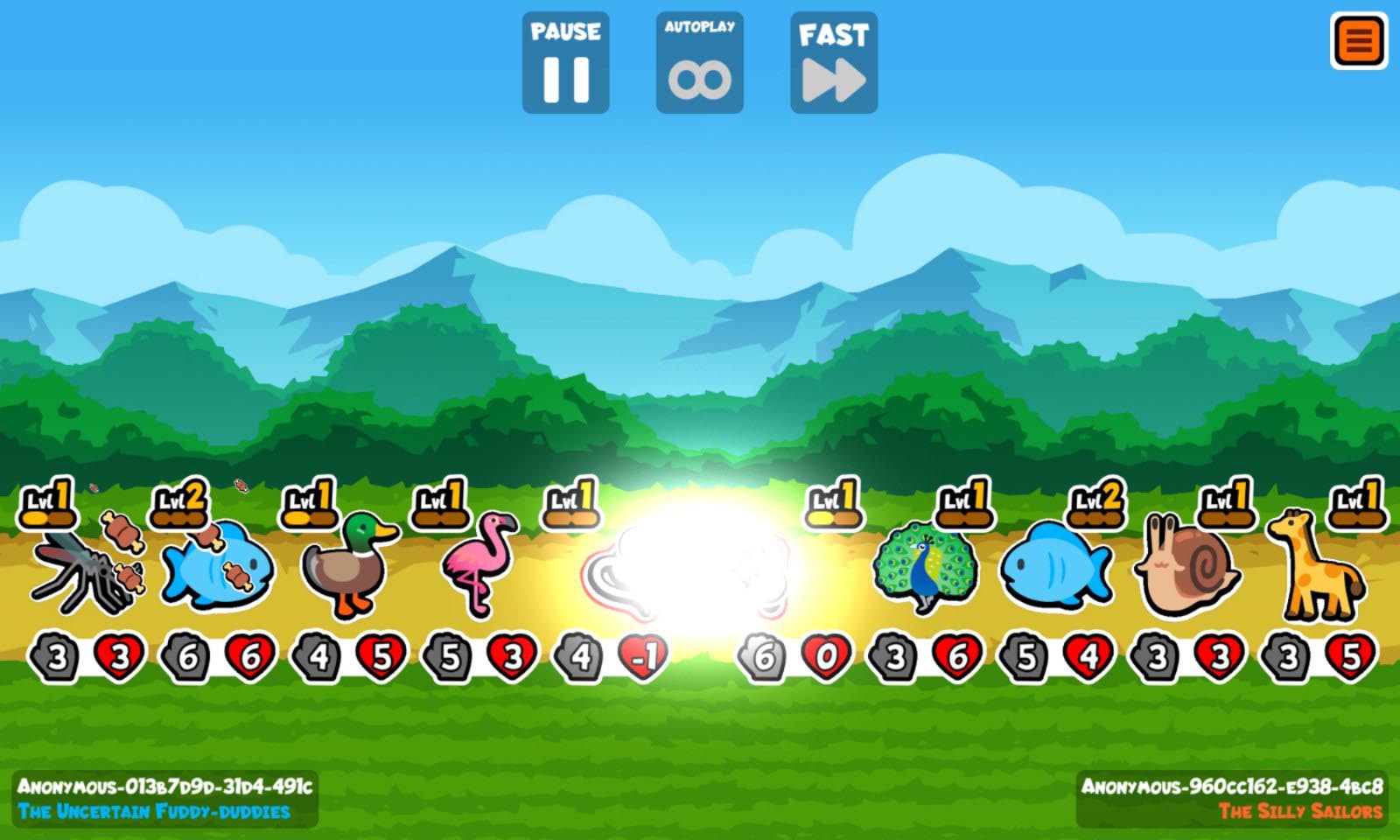 For instance, the Horse boosts stats for each new pet summoned, so placing a Rooster in your lineup - spawning weaker units upon fainting - will work extremely well to your advantage. These synergies add an entirely new level of strategy to your gameplay, so despite the "auto" nature of the game, there's definitely nothing "auto" about its tactical depth.

The basic Arena gameplay mode here lets you battle against random foes continuously until you win a certain number of times while keeping your hearts intact. The difficulty level can be pretty high if you're just deploying your hilariously named team willy-nilly - you really have to think long and hard about your moves if you want to survive (giving the game a bit of a roguelike nature as well).

The intriguing thing is that the more times I lost, the more I felt like I needed to get back in the game and try all over again - and a formula like that isn't easy to come by. The compelling nature of these battling animals is a mystery to me, but I fall for its appeal every single time. 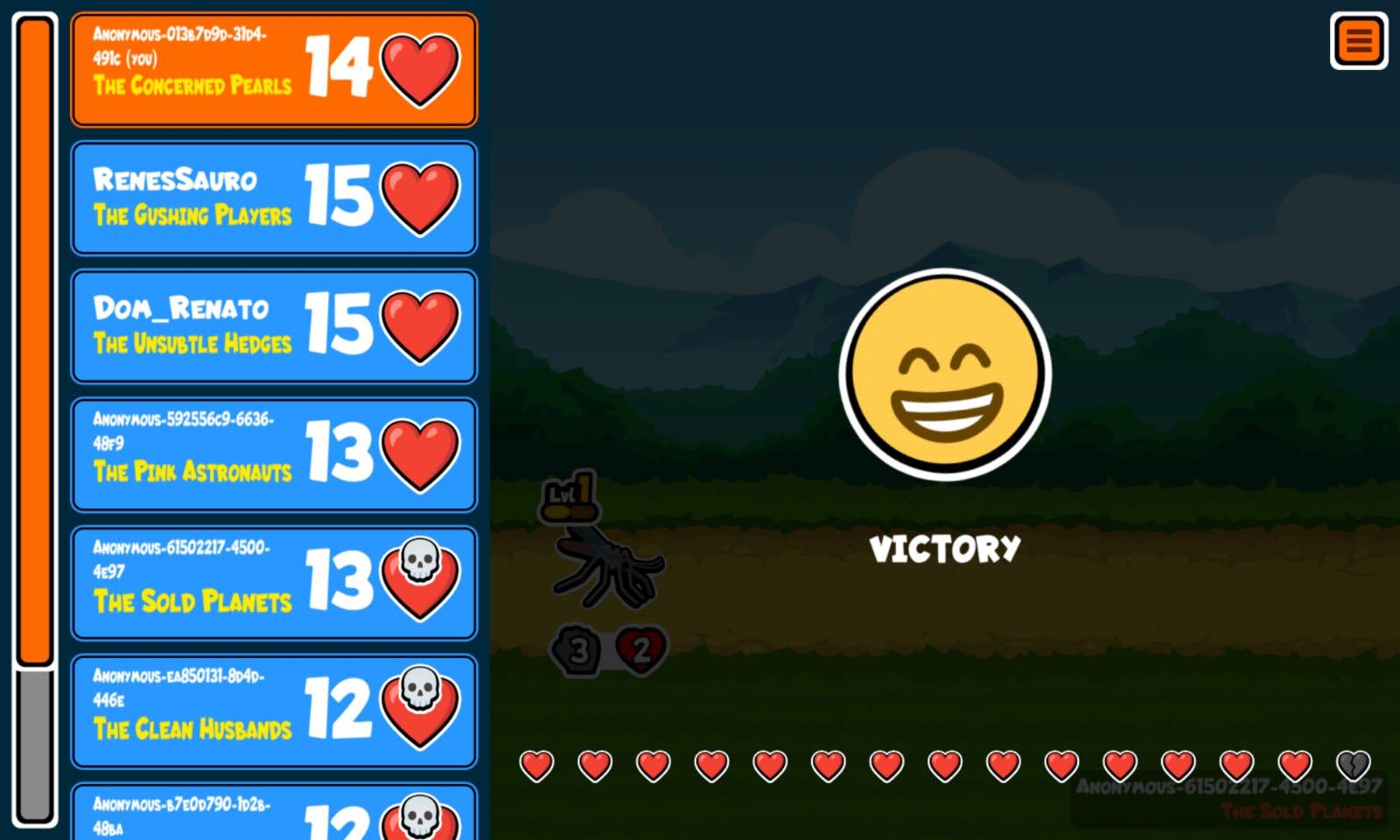 The casual title is a great pick-up-and-go title that doesn't have any pesky ads or even predatory in-app purchases that might ruin a good time. In the end, all you have are your loyal pets and your handful of coins, and when you're up against cute cats and plump penguins that are out to get you for some reason, that's more than enough.

Super Auto Pets is a lighthearted auto-chess game with vibrant visuals and a complicated strategic depth in contrast. You'll likely spend hours just trying to find the right synergies for your party. Thankfully, there's no pressure as you pick the best way to spend your coins, so you can definitely spend forever trying to decide whether or not to give your pet fish a healthy salad bowl.
More about Super Auto Pets on