Games that pack an emotional punch always have a special appeal to me, and Bird Alone has recently joined the lineup of titles on my list. The thing about this virtual pet sim-slash-wellness app is that the tearjerkers almost always come out of left field - after all, who would expect to reel from the feels because of a 2D parrot?

But while Bird Alone carved a poignant little space in my heart after my playthrough, will it have the same lasting impact on you?

As the title suggests, Bird Alone is all about a parrot that's spending its days all by its lonesome in a forest. High up above the trees, it goes through mornings and evenings all alone without ever having anyone to talk to, so when you come along, it's understandably ecstatic. Without missing a beat, it dubs you as its best friend in the whole wide world. 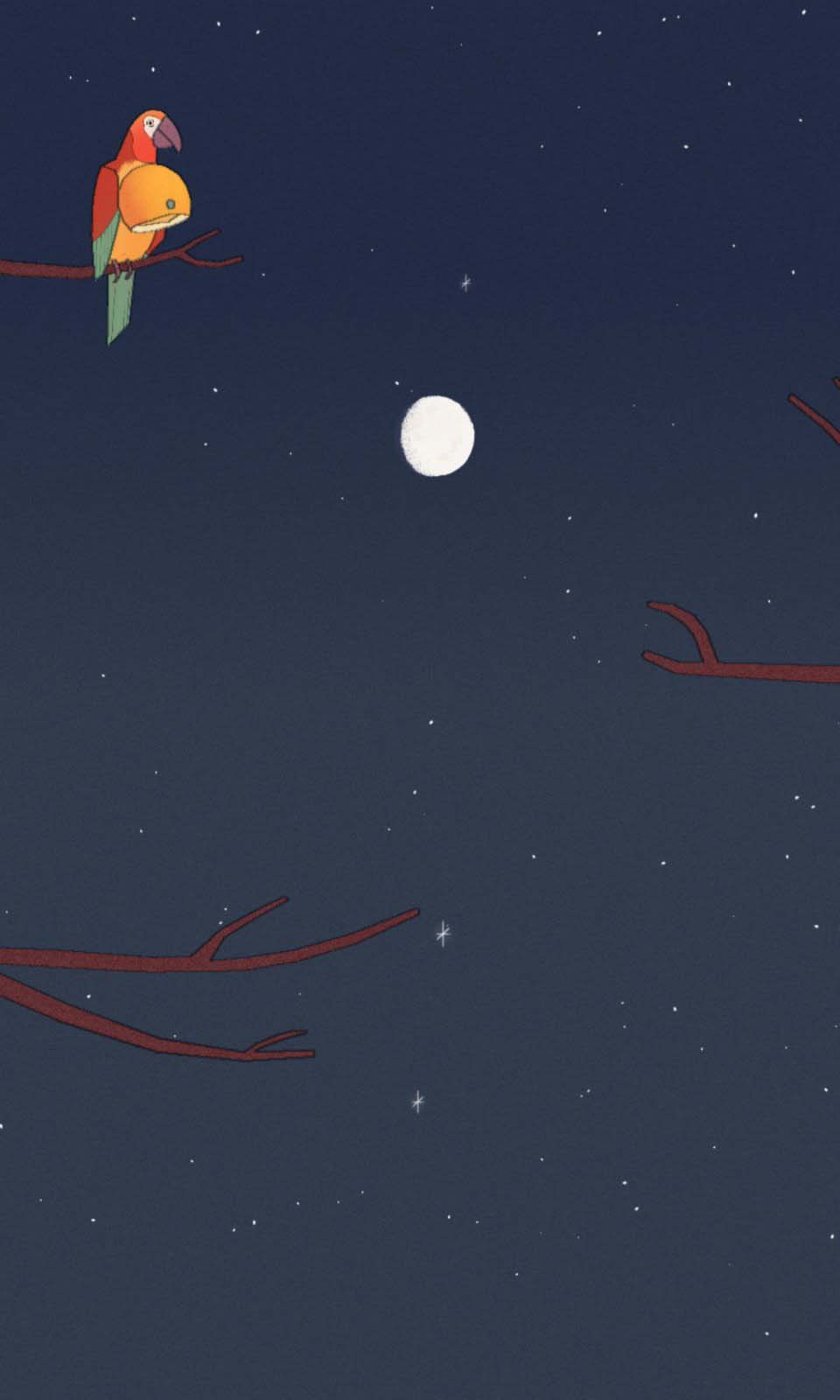 Because it's never had a friend before, it dives right into this newfound relationship with its heart on its sleeve. Wide-eyed and optimistic, it asks you about everything from how you're feeling to what it means to have bad days - and all these are presented with simple but vibrant visuals of the bird and its surroundings.

THE GAMEPLAY OF BIRD ALONE

Every day, you can draw things that your parrot asks you to, and it'll keep a log of your so-called artwork in a scrapbook of sorts. You can also make music and plant seeds with your parrot until you make your "musical garden" flourish.

Given that you can only interact with your parrot for a few minutes a day, it almost feels like a virtual pet sim where you can just do your dailies and go. On one hand, it doesn't want to take up too much of your time, but on the other, the parrot's lovely disposition almost makes you want to spend as much time with it as possible. 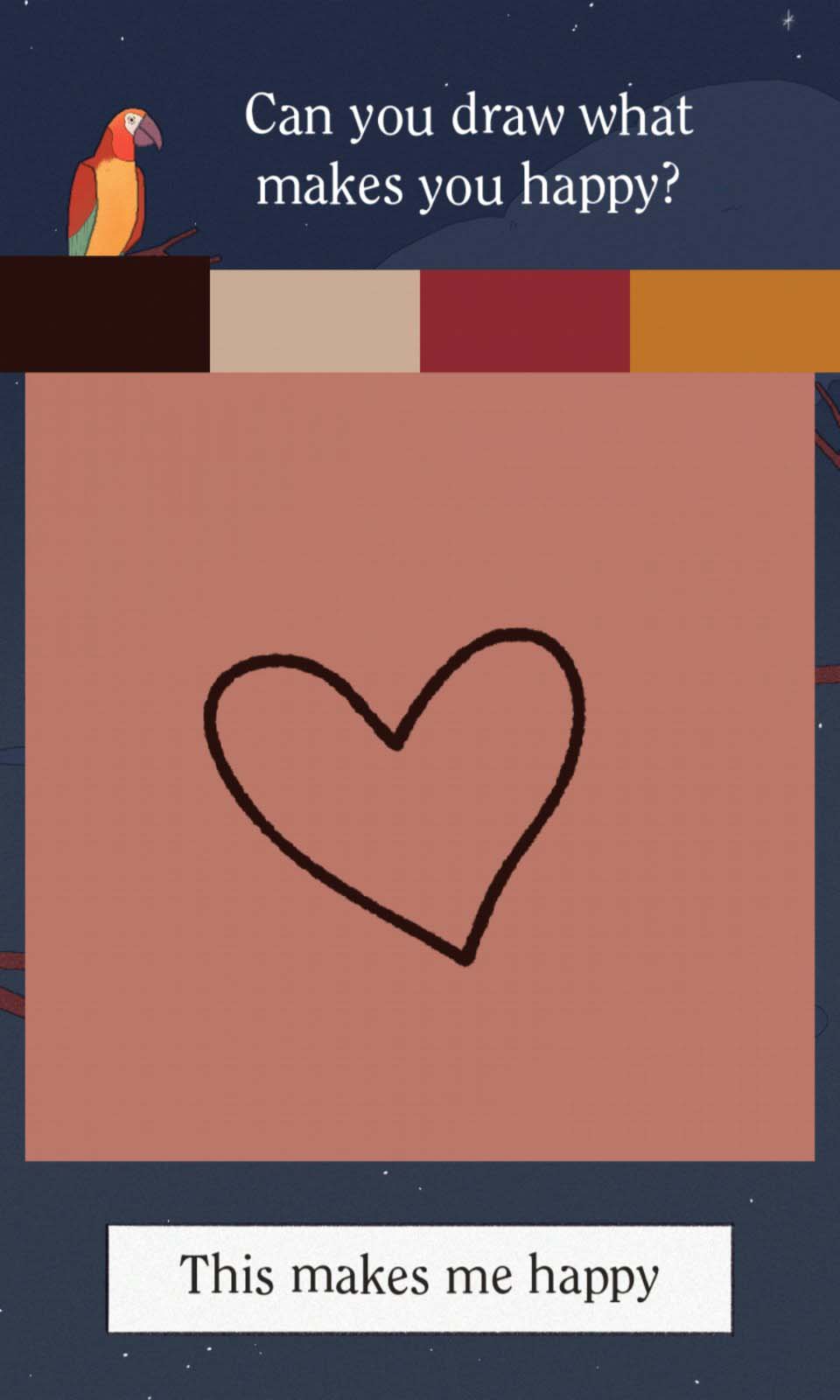 It also feels very much like a wellness app in that your parrot always asks you how you're doing and reacts to your answers in its innocent, never-had-a-friend-before worldview. Conversations can range from themes of childlike wonder to heartbreaking little truths about life in general.

This is where the game gets you in the end. While your parrot - which I've named Chippy - lulls you to a false sense of security by looking all bright and sunny on the outside, there's a sense of impending doom about the impermanence of life and fleeting nature of memories.

Bird Alone has been out for a while now, but I still wouldn't want to spoil the experience for you. Suffice it to say that it does a phenomenal job at making you appreciate the simple things in life, with deep lessons you honestly wouldn't expect to learn from a virtual parrot. Even making silly poems feels profound now, and it's really all about the process and not the end result itself. 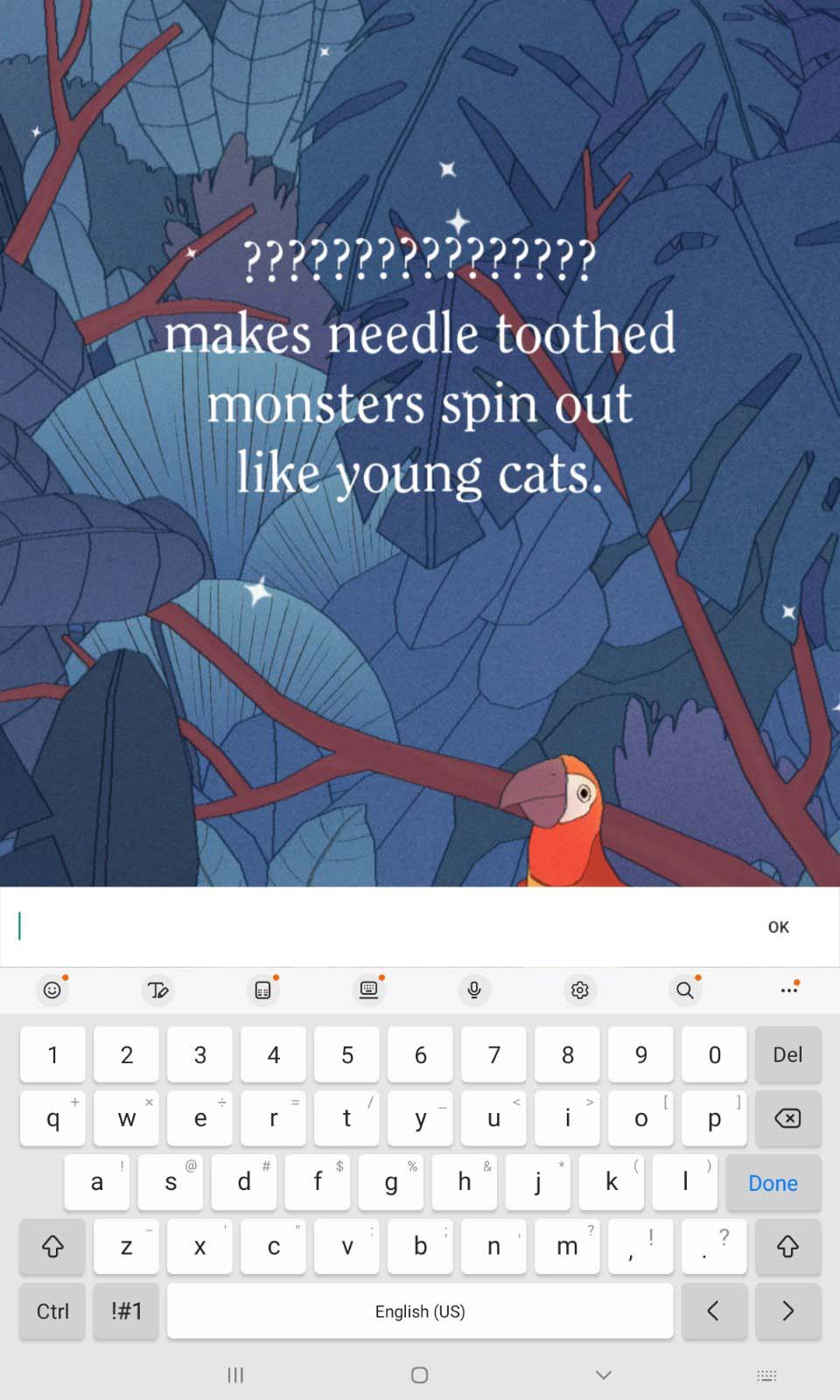 What makes the game a memorable gem is how much it says with so few words, and in the end, as Chippy and the world around him grew, I realised that I had grown too. And the next time I plant a seed in real life, I'll smile at the memory of a lonely parrot who once gave each seed we planted its own little story, like that one that somehow loved crossword puzzles.

And maybe that's the point - that in this world, everything and everyone has their own story, and that taking a little time each day to find out what that is can make all the difference.

Bird Alone is a bittersweet little game that tasks you with befriending a lonely parrot. Its simplicity is what makes it unique, and in just a few minutes a day, you might go through the whole spectrum of emotions about life, friendship and loss along the way.
More about Bird Alone on