Welcome to a world of gooey gummies and quick-draw quirks. In Gumslinger, you play as a lone gunman (gum-man) firing away at any gutsy gummy that gets in your way. While it’s never really clear why you’re on a one-man mission to rid the world of other gummy goons, it doesn’t really matter - all you need to worry about is to shoot first and ask questions later.

The mechanics of the game is brilliantly simple - you’re pitted against an opponent in a one-on-one duel, and whoever shoots first wins.

Sort of. You play as one from a wide assortment of candied gummies ranging from green dragons to the grim reaper himself and try to best your foe in a shootout. You raise your weapon of choice as fast as you can and shoot - hopefully, your shot will land somewhere meaningful, like straight to your opponent’s head. 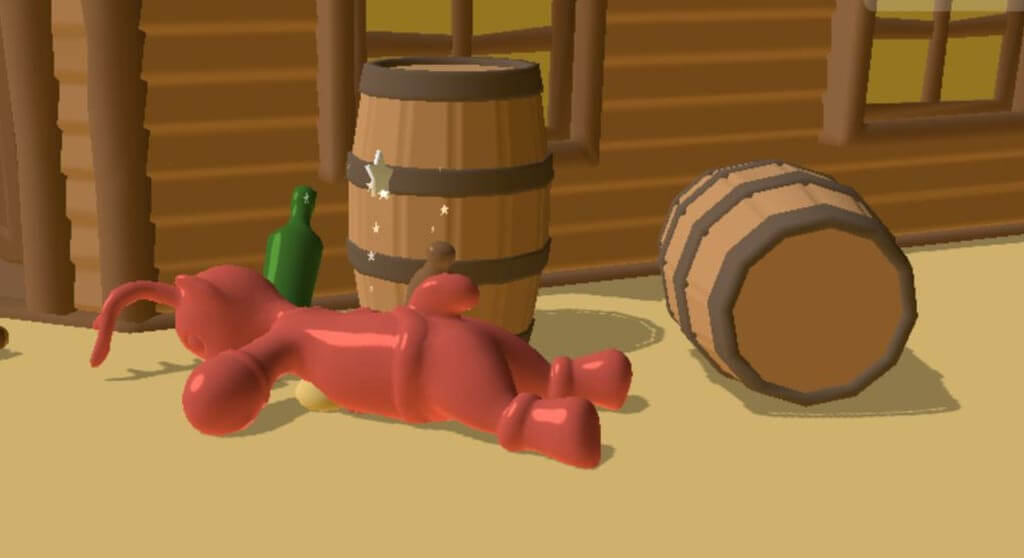 The thing is, even if you draw first and fire, your early advantage will go to waste if your aim is poor as heck. It’s important, then, to make every shot count - a headshot, for instance, will take a huge chunk out of your foe’s life bar more than a blow to the knee will. And because you’re both gummies, your bodies will hilariously flail around once shot, wobbling and wriggling until you both get back on your feet. You can still keep shooting at each other even when you’re a colourful splat on the ground, so while aim is paramount, Lady Luck still has a hand in tipping the scales in your favour.

You play through a 64-player tournament, which is composed of AI-controlled characters based on actual players’ skills and stats. Because of this, the matchmaking is pretty much instant, so if you’re a gum-slinging prodigy, you can breeze through a whole tournament in a matter of minutes. Rising up the ranks rewards you with stars and coins, which you can use to buy new skins, new weapons, extra gumslingers, and medical packs that can replenish your health mid-tournament.

You can also watch ads to earn coins, but the in-app purchases from this free-to-play game are extremely unintrusive, so you can definitely get by without spending a single cent.

Gumslinger is visually pleasing, mainly because it has such a minimalistic approach to the whole thing. Every duel happens in a simple yet striking background environment, whether you’re in the wild, wild west or in someone’s living room. Sometimes, you’ll have to knock your opponent out of a simple arena, while other times, you’ll need to shoot a bunch of stuff in your way first to get to your enemy.

There are also challenge modes where you get to test your shooting skills with various obstacles. You can shoot flying bottles in mid-air or perfect your aim with random cans on the floor, which all add a welcome variety to the game if you need a quick break from all the one-on-ones. 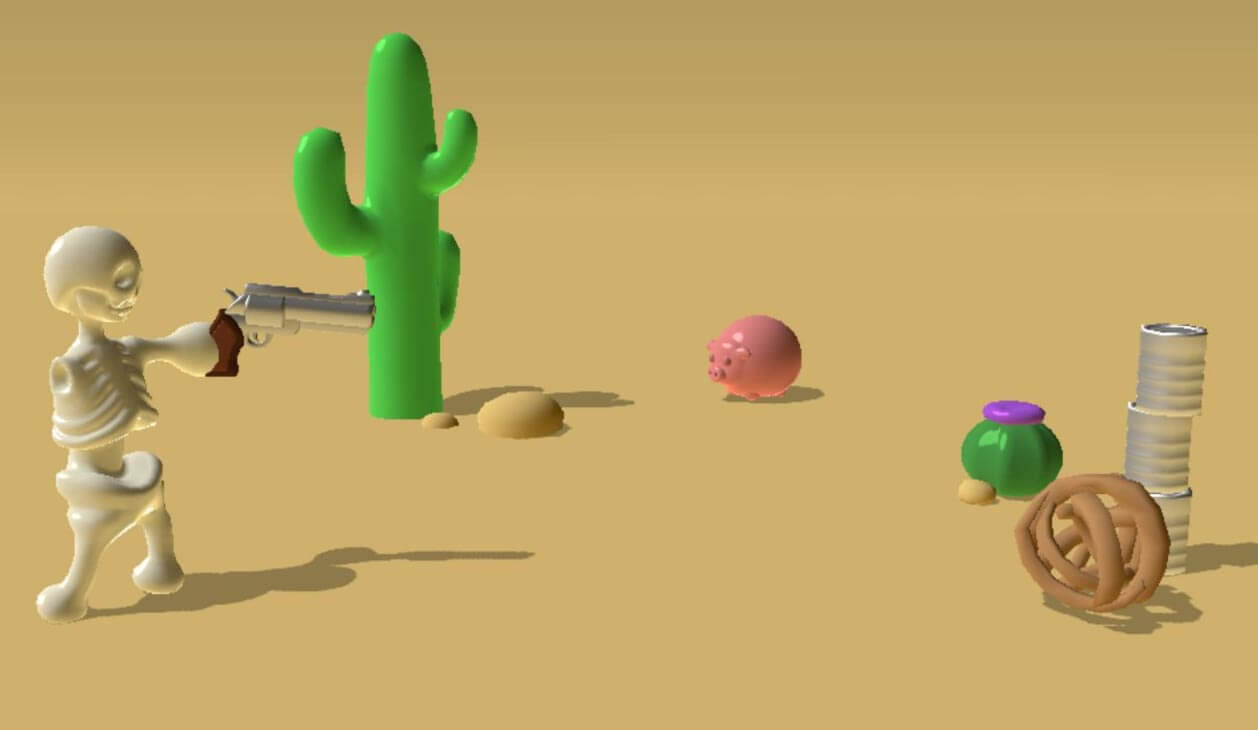 What’s the gummy appeal of Gumslinger?

For me, the characters themselves are the stars of the show. I particularly loved how each unit is simply but hilariously designed - and they all have stats too, so picking your gumslinger of choice isn’t just a matter of appearance. I personally like the skeleton with the missing arm, because that’s just one less area an enemy can target you with, right? Plus, it’s forever a mystery to me just how he lost his arm in the first place - was it a duel gone wrong, or an afterlife scuffle? Did he lose his appendage during his pre-skeleton days, or was it an unfortunate result of his skeletal circumstance? I guess we’ll never know.

Overall, Gumslinger is a refreshing way to waste your time and enjoy every minute of it. It makes absolutely no sense, but the nonsense is exactly why it’s so darn fun - where else can you soar through the air ala-Matrix just to get a kill shot on a lobster?

Gumslinger is an impressive physics-based battle royale that doesn’t take itself too seriously. If you’re looking for something light and bright to waste your time with for a couple of minutes, the top-notch visuals and hilarious gameplay of this gum-slinging game definitely won’t disappoint.
More about Gumslinger on