There are plenty of RPGs on mobile now, and a lot of them are quite fun and require a lot of thought and tactics in battle to win. However, I haven’t come across many that require as much thought before the bout even starts as Knighthood. It's rare for a loadout choice to affect gameplay as much as it does here, and it leads to a very entertaining experience.

Knighthood begins as any good RPG does with character creation, though the options are quite limited. You can choose the basics like gender, skin colour, hairstyle and colour. Nothing too in-depth but the game’s graphics are quite simple and cartoony, it's pretty and easy on the eyes, but no character is going to be truly breathtaking.

Once your character is created and named, you are thrown into a conversation with a grizzled old man named Sir Drakeson, who quizzes you on your readiness to become a Rage Knight and save the world. You then go to claim a gauntlet of power, which is where the real gameplay starts.

In combat, you tap the screen to attack. Each turn you are granted four actions and any attack costs one. If you attack four times in a row it activates a chain to deal more damage, and you can even jump to an enemy next to the current target without breaking the chain, which is a pretty nice feature. Besides your weapon attacks, you can also punch enemies in the face with your nice shiny gauntlet, which will build up Rage. Some gauntlets give you the ability to gain rage in other ways, but a smack to the chops is the quickest. 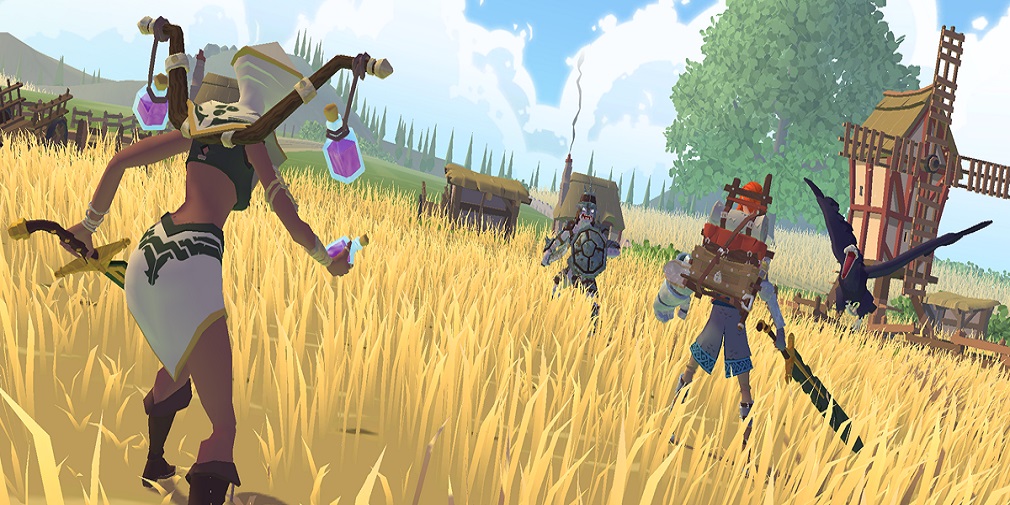 You also have access to special abilities in battle through the use of heroes, a power bestowed on Rage Knights but the gauntlet. You can bring two heroes with you in battle, and as you deal damage through any attack you will charge their abilities, which when used can deal various effects; damage enemies, drain health, heal you, cause status effects and so on. Also, remember that Rage you've been gaining? When you max out the Rage gauge, you can trigger a hero's ultimate attack, which are like regular abilities but stronger and most of the time they hit everything. 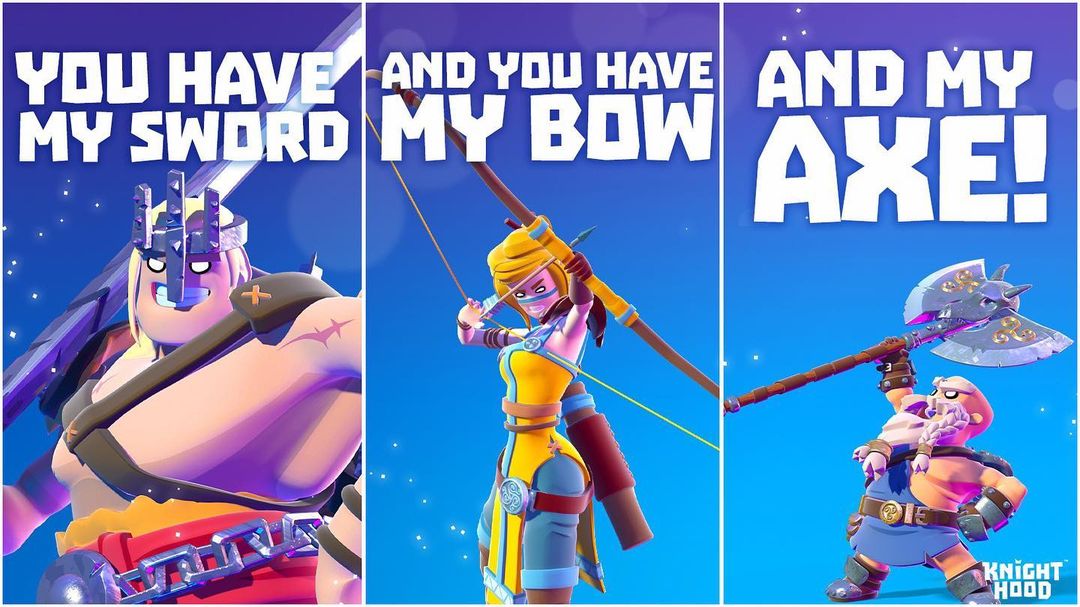 Whilst you could get through the main story of the game just swinging at everything wildly and throwing abilities everywhere, with the side content you need to put in some thought. For example, there are Hunts that you are ranked on depending on how many turns it takes to complete, and without tactics, it's impossible to get three stars. You will need to conserve abilities until the right moment and decide when is the best time to gain Rage. It takes two full-punch combos to charge, and they are considerably less powerful than a weapon attack, so you need to either sacrifice a turn or two or mix the gauntlet attacks into a weapon combo to make sure you have enough firepower to clear all waves. It is a very enjoyable experience, and when it all comes together and you get that three stars it's a wonderful sense of achievement.

Oddly enough for an RPG, it isn't enough to pick your favourite loadout and burn through the game with them, Knighthood all but requires you to use every weapon you have and every hero at some point. Each enemy has a type, be it beast, goblin, cult and so on, and every weapon and hero has a type they are strong against. This means you will need to level up a specific loadout for each type. Of course, you can overpower one set and bulldoze through, but you won’t be able to clear the harder side content and get the best rewards. It takes some time and a bit of grinding to reach a high enough level, but it certainly tickles that special feeling all gamers have for completion that you don’t mind putting in the work if it means you get the best rank and win.

As I have said, you can force your way through Knighthood doing the bare minimum and it will be an entertaining experience, but the real fun comes from the side content and putting in the effort and the thought to get the best set and get the best result. Brainlessly bashing away can be amusing in games, but it's these that require some thought where one bad weapon pick or one bad mood can ruin your attempt that gives the best feeling, because when you do win it makes you feel the warm fuzzies of being the biggest brain in games.
More about Knighthood on

Apex Legends Mobile review - "One of the best battle royales, now on mobile"