When Rocket League was first released I don’t think many people were expecting it to take off as much as it did. A football car game sounds interesting enough on paper, but the popularity it reached was amazing, with all its hectic energy. And happily, for gamers, they released a scaled-down version on mobile, called Rocket League Sideswipe.

Let's address the elephant in the room right off the bat, Sideswipe is not the full-on 3D romp that its big brother is, but that is a good thing for mobile. If the developers tried to scale down the full game for phones none of it would have worked; the field of vision would be abysmal, you'd see barely anything in the air and you'd need some top-of-the-line spec to run it. Instead, the gameplay is a 2D side-on game, and it works wonderfully. 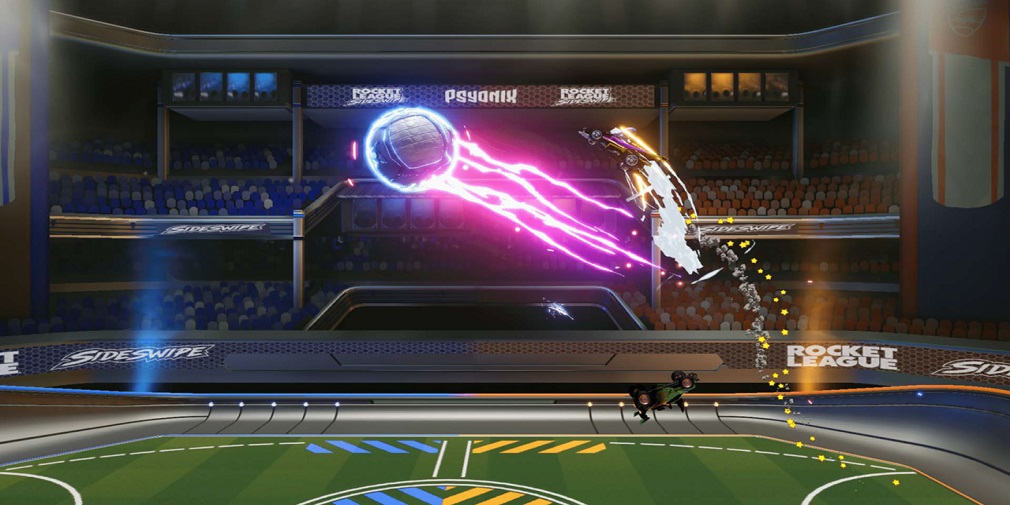 You can take part in multiple modes and there’s something for players of all skill levels. For those who want to play solo, there's a Tutorial and Exhibition mode with multiple court types, available in 1v1, 2v2 and 3v3 variants. Even though these games are better with other players it is a nice touch that the developers put this much effort into a single-player mode so even those who aren't confident enough to play with others can take part.

For anyone who wants to take on other players, this can be done ranked or casual, depending on how competitive you’re feeling. There are 1v1 and 2v2 standard matches, or special modes for a bit more chaos. There is a casual option called Mutator Madness that adds modifiers because cars flying through the air kicking a football wasn’t zany enough. Meanwhile, Ranked has a 2v2 Volleyball mode for anyone who wants a real test of their control, which isn’t the best for those like me who are constantly floating just near the ball instead of hitting it. 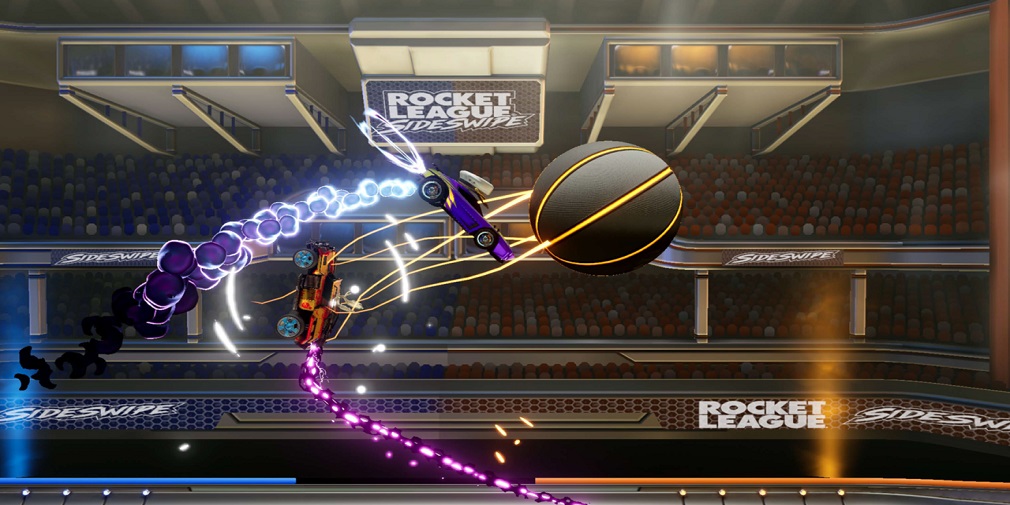 The gameplay itself is incredibly fun, so much so it was hard to tear myself away to write this review. Yes, it’s that fun. Even scaled down to 2D, the magic is still there. On the standard modes, the gameplay stays pretty faithful to the original. You speed around an area flying through the air, trying to score in a goalmouth that's halfway up a wall, a change made presumably to make scoring a little trickier in the small arena.

To fly or boost around on the floor you drain a meter that only refills when you are on the floor, and considering that most of the action takes place in the air, correctly choosing when to ground yourself is vital to victory. In addition to flying you can also jump, and press jump again to quickly jerk yourself in any direction, a very useful mechanic when trying to turn around at 100 miles an hour. 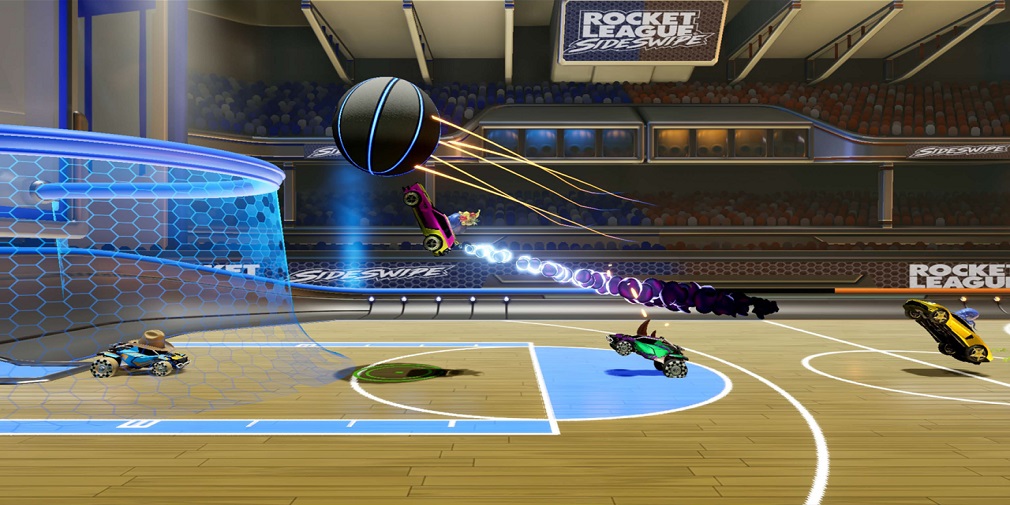 Something that really impressed me about Sideswipe was just how well the controls handle. I played solely using the touchscreen and was worried that I would be lost in a sea of flying matchbox cars spinning wildly out of control, but that couldn’t be further from the truth. I had no trouble juggling the ball, carrying it through to air or making shots through the pile of cars, and for a game that can be as fast and hectic as Rocket League that is an incredibly impressive feat by the developers.

Whilst Sideswipe will probably not reach the same popularity that its predecessor did, it is by no means a lesser game. I had so much fun playing every mode, and the games are short enough that you can fit one or two in whenever you have time. For a free-to-play game, there is absolutely no reason to not pick this up and give it a shot.
More about Rocket League Sideswipe on

Getting started with Pokemon Go